According to researchers at Stanford University, hypnosis can change the brain, measured by MRI studies. They note that everyone has a high potential for understanding how to both experience hypnosis and benefit from it.    www.medscape.com

David Spiegel, MD, professor and associate chair of psychiatry and behavioral sciences at Stanford University noted changes of the brain during hypnosis.  He stated that there are distinct areas of the brain that show activity and connectivity during hypnosis.  These  changes in neural pathways underlie the focused attention, and emotional control that characterize the hypnotic state. 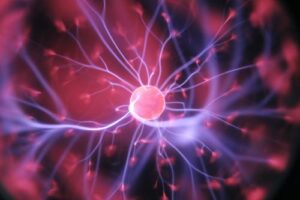 Dr. Spiegel noted  that “they (his research team) can help us understand why it is that hypnosis enables some of us to do things we might not ordinarily be able to do,” “Hypnosis is the oldest Western form of psychotherapy, but it’s been tarred with the brush of dangling watches and purple capes. In fact, it’s a very powerful means of changing the way we use our minds to control perception and our bodies,”

“If hypnosis is a kind of brain activity that has some special potential to help us deal with problems like anxiety, stress and pain, I think this study provides us with evidence that, indeed, there is,” he said.

Dr. Spiegel reported that “the dorsal anterior cingulate cortex is a context generator. It helps us decide what is going on in different places and which ones we need to pay more attention to, so if you’re worried about competing activities, you look at the context and decide which is more important.”

“When we turn that region down, you’re not worrying about the other things you’re not doing, and so you get more fully engaged in the task that you are involved with. You see that with hypnosis. It is an intensely focused kind of attention,” he said.

“When you are really engaged in something, you don’t really think about doing it, you just do it. In hypnosis, you reduce self-consciousness, so that’s why a hypnotist can get a football coach dancing like a ballerina. He’s not conscious about what he’s doing, he’s just doing it. Sometimes you want to be self-conscious, but other times you can do things better if you’re not worried about how well you are doing them.. We are seeing that these elements of brain activity can help us understand why hypnosis helps us do things that we might not ordinarily be able to do,” Dr Spiegel noted.

Hypnosis as an Alternative to Medication

According to Dr Spiegel, traditional medicine may hopefully begin to take hypnosis more seriously as a viable treatment option.

Dr. Spiegel noted that “hypnosis is a new and different way of using your brain. For instance, the single, most pressing example at the moment is pain control. I saw a guy yesterday who has pain in his lower abdomen that has been troubling him for 3 years. He’s on three or four pain meds, and he rated his pain as 3 out of 10 ? not terrible, but it was there. After a few minutes of  hypnosis, his pain was gone.” 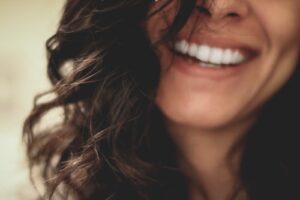 Dr. Spiegel added that “we have millions of people addicted to opiates in this country and people dying from opiate addiction. It’s time for us to teach people how to use these abilities they have to manage symptoms like pain and anxiety and deal with other problems.“ I would like to see it part of the standard curriculum of every medical school. The good medical schools tend to have it, but most medical schools don’t. That’s too bad. Hypnosis is a way of helping people, and it doesn’t have to be done by physicians alone.”

According to Dr. Spiegel, “other healthcare personnel who, within their specialty area, like pain control and stress management, could use it as well. It’s a tremendous opportunity that people have to learn to better manage themselves and their symptoms, and I would like to see it more widely used. This study is a way of saying, this hypnotism is an understandable neurobiological phenomenon that can be much better used to help people deal with all kinds of symptoms.”